The opinion of different astrologists is divided regarding the compatibility between Libra and Capricorn. Some of them think that Libra and Capricorn in a relationship could be disastrous, while others believe that they are meant to be with each other. Libra is considered the most compatible zodiac sign that goes well with any other star sign.

The significant traits of Libra include its extraordinary level of understanding and generosity. They are also known to be full of life and fun-loving beings.

Capricorns, on the other hand, are entirely the opposite of Libras. They are known to be very stubborn, practical, disciplined, and, most importantly, stick to their words. It would not be wrong to call the Capricorns “prim and proper.” Looking at their traits, it may seem nearly impossible to have any compatibility. Still, you will be surprised to know that in most cases, Libra and Capricorn get along so well that it is hard to believe.

If you carefully examine each trait of Libra and Capricorn, then each quality of theirs contradicts. Looking at those contradictions, you may think it is nearly impossible to have any compatibility between the two, but this is not the case. There are times when they do not only complement each other but also get along well. But you may be wondering how this compatibility is achieved. Let me tell you that the differences result in one balancing out the other and vice versa.

Initially, the two zodiac signs may not get along well, and differences will arise, but as they work towards making the relationship work, things get better with time. One thing that plays a significant role in developing compatibility is their level of understanding.

Let us see how the duo of Libra and Capricorn behave in different relationships and how compatible they are in those relationships.

Libras do not settle down quickly. They keep searching for stability while Capricorns, on the other hand, are very stable, which is why Libras are most likely to quit their search as soon as they have found a stable personality as Capricorn. It is, therefore, most likely that Libras will settle down with Capricorns.

As stated earlier, Libras are spendthrifts, a trait that can be balanced out by Capricorns, who can help them understand the value of money. Libras eventually tend to start saving and pay more attention to their finances.

The mystery of Capricorns keeps Libras interested. Libras famous for getting bored quickly will never get bored with Capricorns, as they will always be discovering something new that will keep the spark in their life.

The extraordinary intellect of Libras and the thirst for knowledge of Capricorns is something that always keeps them together. They have deep discussions and therefore have a good time together. When Libras are fond of reading, Capricorns like to discuss the book or article in the quest for knowledge which keeps them both happy.

Libra and Capricorn’s compatibility sexually is also complemented by the adventurous nature of Libras, who are ready to try out new things. Capricorns are also romantic but shy, so Libras are best for them in bed as they are open to new ideas and do not hesitate to take the initiative.

Capricorns are very bossy and do not step back in case of conflicts and arguments. On the other hand, Libras quickly step back to wrap things up, making them a good match.

The friendship between Libra and Capricorn turns out to be very good as one is a social animal while the other is simply the opposite. Therefore Libra complements Capricorn making them good friends. Libras also help Capricorns make new friends and extend their social circle, which Capricorns cannot do alone.

Capricorns are very honest and always tend to give the best advice, which their very understanding Libra friends appreciate. Libras and Capricorns become closer, and their trust builds with time as they spend more time together and get to know each other better.

Since Capricorns are much more focused, they make their Libra friends focus more on their studies and help them set goals for themselves. Their friendship is expected to last for a very long time unless the Libras don’t challenge the ego of their Capricorn friends, which may affect their friendship and set them apart.

People born between the 23rd of September and the 22nd of October fall under the zodiac sign of Libra. Planet Venus rules them, and blue is their lucky color. The symbol which represents this zodiac sign is “scales.” Libra is the only star sign represented by a lifeless thing compared to other zodiac signs. As indicated by its air sign, Libras are mostly airheaded. You will never see Libra, who will settle down quickly; instead, they are constantly looking for stability.

Capricorn’s good and bad traits
Those born between the 22nd of December and the 20th of January belong to the star sign Capricorn. Planet Saturn rules Capricorns, and the symbol “goat represents them.” Dark brown is considered to be their lucky color. Capricorns are also known for being stable and focused, making them wanted by almost everyone, making them a perfect match for most people. Additionally, their personal life is also heavily dominated by these traits.

Libra parents with Capricorn children do not face difficulties raising the child as Capricorns are very disciplined and focused. Additionally, Capricorn kids excel in their studies and participate in sports activities. On the other hand, Capricorn parents of a Libra child also do not face any challenges as Libra kids are very easygoing and do not cause much trouble for their parents.

The only trouble that a Capricorn parent of a Libra child may have to face is to fulfill the shopping demands of their kid. They should be prepared to shop until they drop.

Libra parents of Capricorn children are accommodating in making their child more social and new friends. On the other hand, Capricorn parents of Libra children help their children pay more attention to their studies.

We have discussed all aspects of Libra and Capricorn’s compatibility in personal and professional life. It’s good to check your compatibility before getting involved in any relationship to avoid troubles and problems later in life.

Like any other relationship to work, it requires a lot of effort and patience by Capricorn and Libra to grow their compatibility and make their relationship work. As a couple, they may have to work initially, but as soon as the struggle period is over, they can have perfect companionship.

Who Is Libras Soulmate And Who Should A Libra Marry?
Libra and Sagittarius Compatibility In Love & Marriage

**WARNING**
I Wish I Knew This Beforehand!

Is Your Soulmate A Dud?

Download this cheat sheet to discover the 3 Danger Signs...

By subscribing, you agree to get emails from me, Sarah Solanski.
I'll respect your privacy and you can unsubscribe at any time. 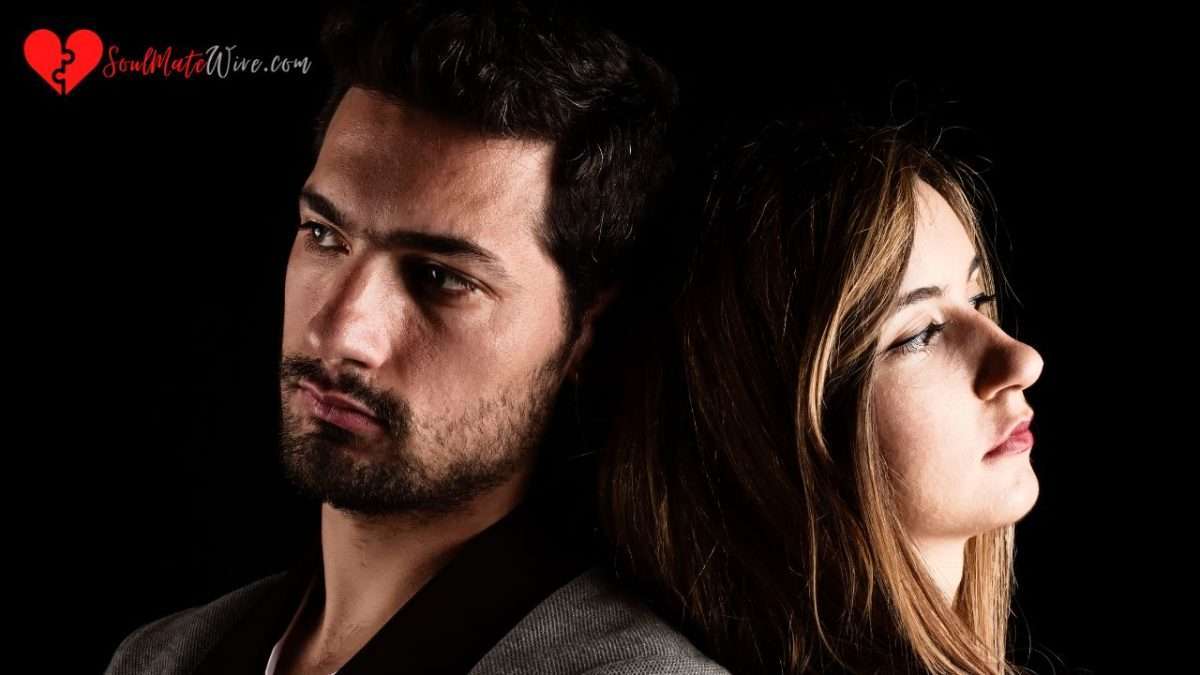 How Does a Capricorn Man Test a Woman?

Capricorn man testing you. How you respond and react to these tests will help him decide whether he wants to move forward with the relationship. 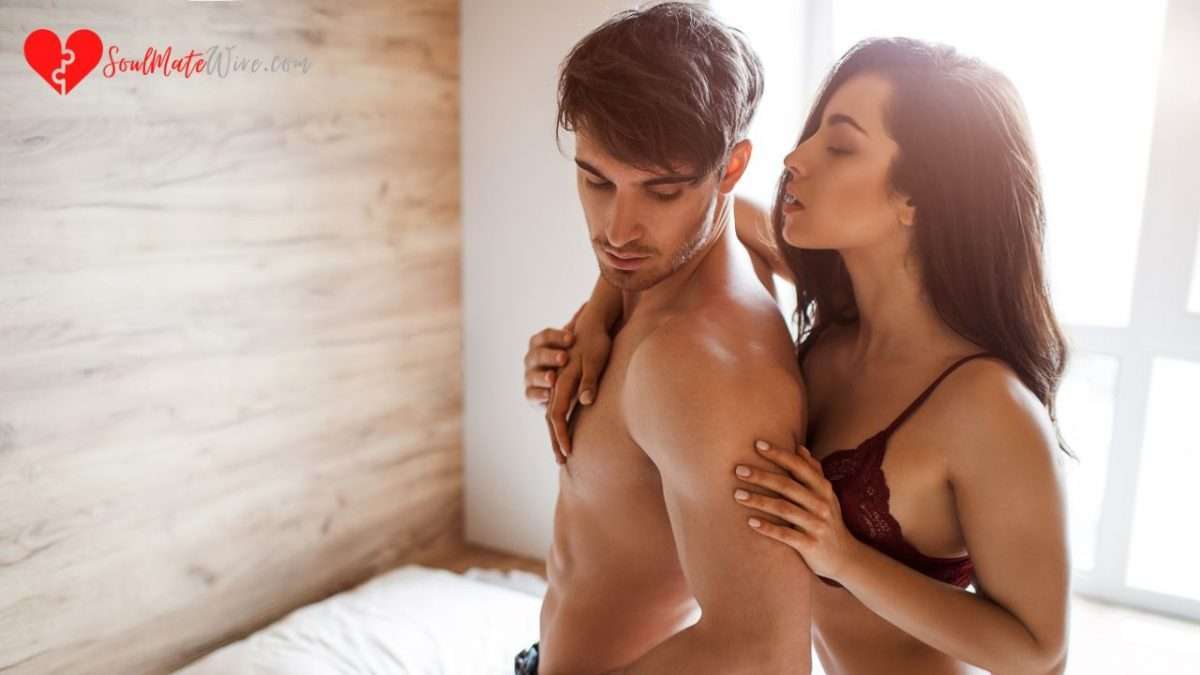 Capricorn Woman In Bed Compatibility With Other Zodiacs

Capricorn women in bed have a different attitude from their public demeanor. She anticipates a deep link of love and curiosity from her partners. 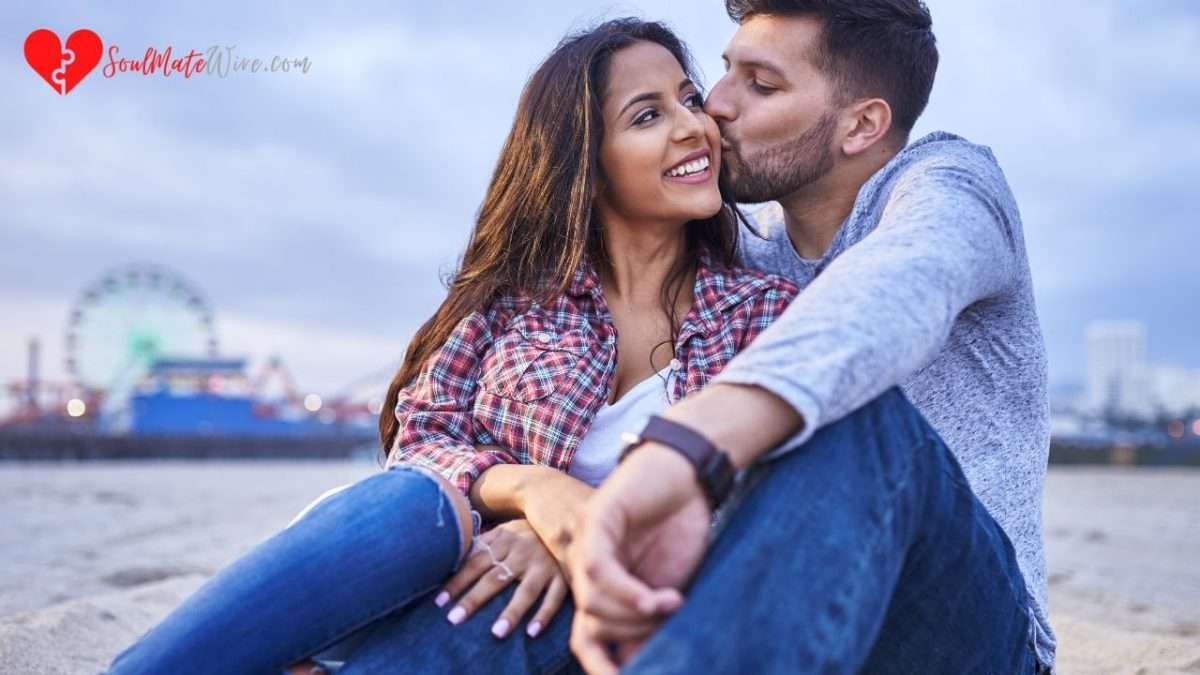 Capricorn and Taurus Friendship – How It Leads To Love

A Capricorn and Taurus friendship will often lead to a happy and stable love life. We answer 7 critical questions about their love compatibility. 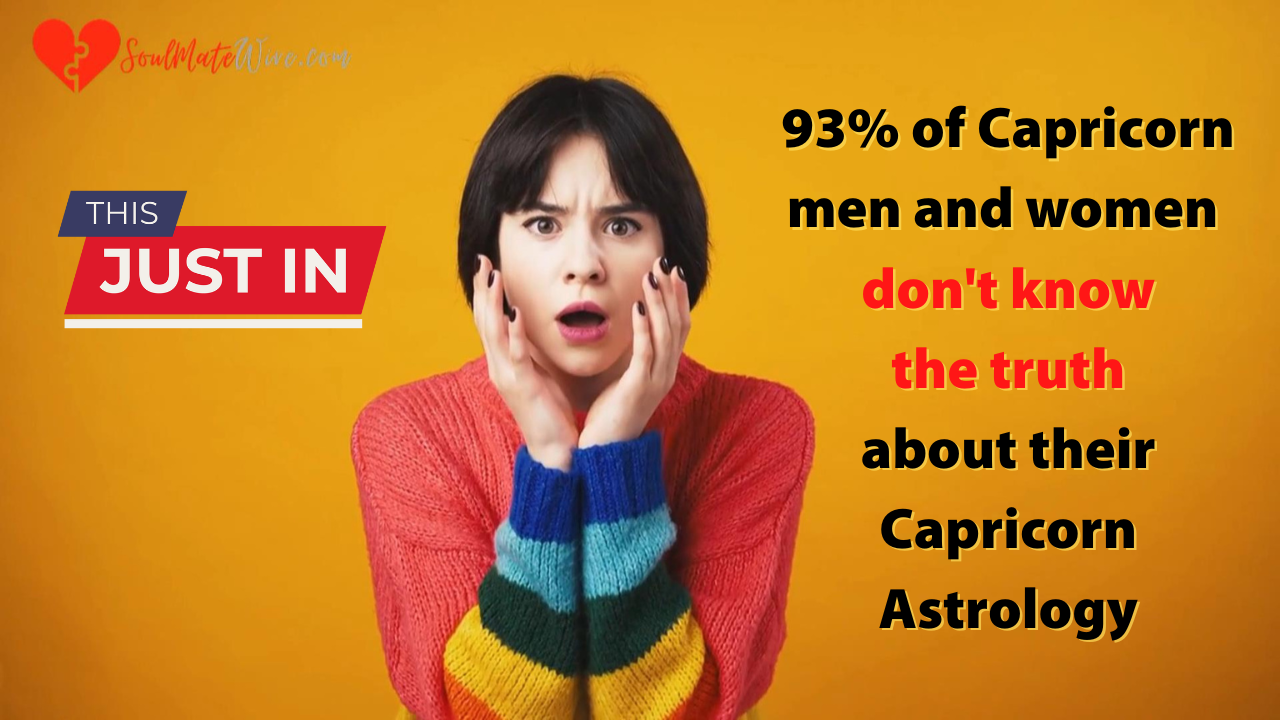 Capricorn Astrology – How To Get What Your Need, Want & Deserve

Capricorn astrology reveals that for the first time in years, people can finally resolve personal issues without worrying they are on the wrong track. 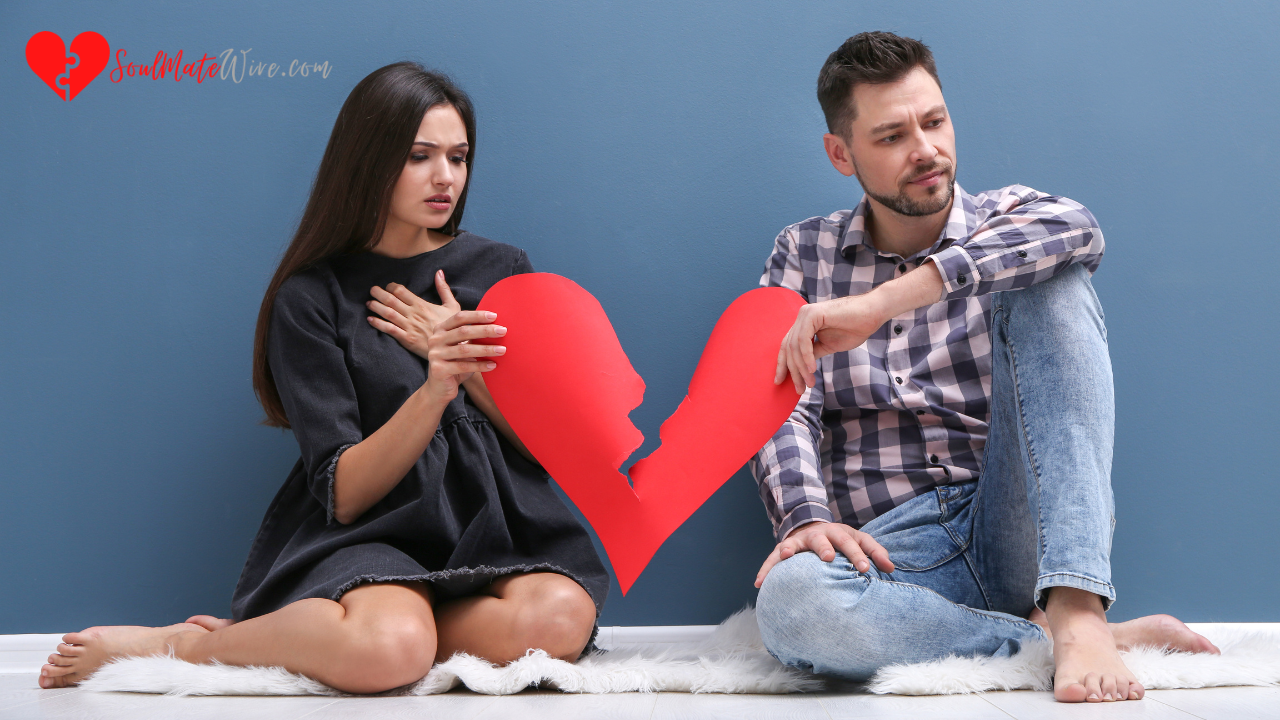 A Capricorn man isn't simply walking away from you. If you play it cool with these 6 tips, the Capricorn man may regret leaving your and pursue you!

Here are the 7 signs to know when a Capricorn man is done with you. Is he testing you or ready to break up? Learn the differences with checklist.

We use cookies on our website to give you the most relevant experience by remembering your preferences and repeat visits. By clicking “Accept”, you consent to the use of ALL the cookies.
Do not sell my personal information.
Cookie SettingsAccept
Manage consent

This website uses cookies to improve your experience while you navigate through the website. Out of these, the cookies that are categorized as necessary are stored on your browser as they are essential for the working of basic functionalities of the website. We also use third-party cookies that help us analyze and understand how you use this website. These cookies will be stored in your browser only with your consent. You also have the option to opt-out of these cookies. But opting out of some of these cookies may affect your browsing experience.
Necessary Always Enabled
Necessary cookies are absolutely essential for the website to function properly. These cookies ensure basic functionalities and security features of the website, anonymously.
Functional
Functional cookies help to perform certain functionalities like sharing the content of the website on social media platforms, collect feedbacks, and other third-party features.
Performance
Performance cookies are used to understand and analyze the key performance indexes of the website which helps in delivering a better user experience for the visitors.
Analytics
Analytical cookies are used to understand how visitors interact with the website. These cookies help provide information on metrics the number of visitors, bounce rate, traffic source, etc.
Advertisement
Advertisement cookies are used to provide visitors with relevant ads and marketing campaigns. These cookies track visitors across websites and collect information to provide customized ads.
Others
Other uncategorized cookies are those that are being analyzed and have not been classified into a category as yet.
SAVE & ACCEPT